348 million US dollars transferred in 2014: Diaspora invests in Togo 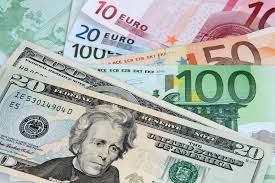 Estimated at nearly 2 million people, the Togolese diaspora sends more money than the 4 million Beninese and Ghanaians living outside their countries and whose transfer amounts this year amounted respectively to US $ 182 and 147 million. While remittances are mostly used for consumption by their families in the country, diaspora is a social investment source contribuing enormously to the development of real estate and reduce poverty in Togo.

In the Togolese context marked by the increase of public debt (1020 billion CFA francs in 2013) the diaspora remittances represent a significant contribution in terms of foreign exchange and for the stability of the balance of payments. As in the past the contributions of the diaspora remain above the donations allocated to the Togolese State as government assistance for development which amounted in 2013 to 237,490,000 US dollars or 110 billion CFA francs.

And if Togo actually staked on its diaspora

All indications are that the Togolese government is more interested in foreign investors than by the productive use of investments of diaspora. The proof is the arsenal of tax, legal and institutional measures taken each year to attract foreign businessmen to invest in Togo. However, while the diaspora remittances prance over $ 300 million since 2008, direct foreign investments decrease from US $ 124 million in 2010 to US $ 84 million in 2013 with a bonus tax evasion record.

Despite the announcements and official rhetoric on measures taken to facilitate the contribution of the diaspora to the Togolese economy, the reality on the ground is quite different. The foundations of the Togolese diaspora, funded by the African Development Bank and held with a loud fanfare in March 2014, have barely implemented their recommendations. Many Togolese from outside the country responded to the call of the government to come and invest in Togo and face the obstacles of their personal belongings and those of their families to the port and the airport in Lome.

Difficult for them to avoid high customs taxes that they have to pay to permanently move their  furniture into the country. For those who opted for entrepreneurship, problems related to the importation and installation of production materials, plus few loans granted by banks for projects of  members of the diaspora to their return weaken the launch of their initiatives. Asked about this situation the government back on the facilities already offered with the free zone asking the diaspora to invest.

And no specific action is taken by the competent authorities to actually attract investors from the diaspora. The investment code remains unheeded to them like many other civic, economic and social laws. This is hardly surprising when you consider the vagueness that is still on the definition of the concept of diaspora in Togo.

The double nationality: More than a prerequisite

Who can be considered as a Togolese of the diaspora? This difficult question was carefully avoided during the conferences of the Diaspora in order not to raise questions about the still unofficial status of binational and Togolese having renounce to their own nationality under the constraint of their host country. Extremely difficult question with political connotations at the end of it all which would explain why the government is applying the ostrich-like approach about it.

The nationality code in force in Togo since the 70’s implicitly denies in its articles the right to all Togolese to have double nationality. This code has not prevented thousands of Togolese living abroad to take advantage of the nationality of their host country. This deprives them of their civil and political rights, particularly the right to participate in political choices and discussions on governance in the country. In addition, the legal uncertainty associated with this situation prevents of giving to these binational the benefits that implies their economic contribution through their funds transfer.

Far from officially recognize the double nationality by adopting of a new code of nationality, the government is groping by first granting the visa exemption to Togolese from outside the country  that have a foreign passport and a Togolese identification card. This decision has the advantage of keeping the blur on binational by granting them the right to return without a visa while excluding them from exercising their political and civil rights. In this situation the Diaspora sees through state’s initiatives a desire to monopolize the financial manna that diaspora represents and not a concern for their effective participation in public life and in the definition of an emerging vision of the country.

A forum and institutions for Togolese outside the country

The conferences of the Diaspora should eventually lead to a Togolese Forum Abroad, space for exchanges between diaspora and public authorities to mark their participation in the new construction of an emerging  Togo. This important recommendation of conferences does not seem to be a priority and the 2015 budget offers little hope that the government wants to go to this forum.

Another recommendation lights conferences in latency, the creation of an independent agency capable of managing carefully the uncounted problems that the diaspora is facing in its desire to invest or return home. The government opted instead to strengthen the Directorate of Togolese Abroad, a department of the Ministry of Foreign Affairs responsible for developing a national policy for the Togolese diaspora.

There is nothing else for the diaspora but to hope  that the Togolese government will concede to do its duty to protect its citizens wherever they are through its embassies. The creation of new embassies and the diplomacy of development which is currently working in Togo can’t in fact reduce the implemention in each embassy of specific structures to better support and protect the interests of its diaspora.