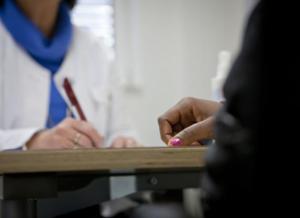 Cross-border migrants play a vital role in the fight against poverty. They contribute to the development of their host countries as well as their home countries. The MDG agenda completely neglected this target group.

It is no secret that the Millennium Development Goals (MDGs) will not be fulfilled by 2015. Of the eight goals agreed upon in 2000, African countries will only reach a few, despite verifiable efforts.

In Togo, for instance, only two goals are likely to be fulfilled by 2015.

However, the first MDG is the greatest challenge. When it comes to halving the numbers of those people who do not have enough to eat and of those who are forced to live on less than one dollar’s purchasing power per day, Africa is struggling.

Migrants will play a key role in achieving progress. That has been clear since the late 1980s. Back then, money transfers rose rapidly in African countries, because migrant labourers were supporting their families. More often than not, those families were living in poverty. According to UN data, the number of international bank transfers to Togo increased tenfold from 2000 to 2011, for instance, reaching the equivalent of $ 337million.

In some countries, such remittances now account for five to 10 % of GDP. Homebound transfers from expats have helped to increase consumer spending in Africa, driving economic growth. In addition, remittances strengthen national budgets, because tax revenues increase. In its 2012 report on developing countries, the United Nations Conference on Trade and Development (UNCTAD), spelled out the importance of migrants’ financial transfers. They are considered an innovative source of financing for development purposes in the countries concerned. After 2015, the importance of homebound transfers will certainly continue to grow.

The remittances serve the families, who receive the money – but not only them. Relatives often use the funds to invest in the education of their children and in medical care. This is especially important for long-term national welfare.

In a similar way, domestic migration has changed the living conditions of many rural communities in Africa. They profit from money transfers from the city. At the same time, solidarity among relatives is strengthened. Since the beginning of time, the family has been the institution that offers protection from poverty. This is especially true in times of social crises or natural disasters, when public safety nets fail.

At the same time, they enrich the countries where they work. And yet, they are often made to suffer, they are discriminated against, and their human rights are infringed upon. Numerous countries still refuse to ratify the International Convention on the Protection of the Rights of All Migrant Workers and Members of Their Families. As a consequence, many migrants fall victim to exploitation and harassments of all kinds.

Disparities between different groups of people become particularly obvious when it comes to the right to move about freely. Whether one receives a visa or not tends to depend on what passport one has (European, American or African) as well as on one’s skin colour and personal wealth. Entire population groups are harassed and humiliated in all sorts of ways when they apply for a visa at consulates and embassies. When the UN named the 18th of December International Migrants Day, that step underlined the quest to honour and strengthen everyone’s right to mobility. It remains to be seen what relevance this day will have after 2015.

Many illegal migrants are being exploited – whether in shipyards in Lebanon, on construction sites in Germany and other EU countries or in private households all over the world. Authorities have a hard time combating that, because the migrants concerned normally are not registered. These workers, however, contribute greatly to economic growth in their host countries. They deserve adequate social protection instead of ostracism and exploitation. Things must improve for the sake of migrants’ personal development and human welfare – and such improvements would also have a positive effect on the role of workers in global development. The issue must therefore be on the post-2015 agenda.

In any case, it must become simpler and cheaper for migrants to send money home. Financial institutions have long recognised the blessings of these transactions. They charge high fees on formal money transfers. Moreover, host countries often pursue restrictive policies regarding international money transfers because they want to keep funds within their borders. It must not be forgotten, however, that we are talking about money migrants earned through hard work.