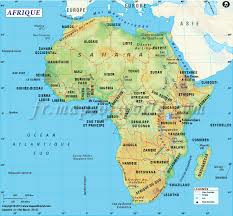 Lomé, the Togolese capital, is actively preparing to host an extraordinary summit of African heads of state on maritime security and development in Africa from the 2nd to the 7th November 2015.  The idea for this extraordinary summit was adopted by the leaders of the African states during the 23rd Summit of the African Union held in Malabo in June 2014.  It will bring together heads of state, heads of government, ministers, experts and international organisations (European Union, UN…) to discuss issues related to regional and international cooperation for maritime security and development in Africa.   Faced with an upsurge in acts of piracy against merchant shipping and oil rigs off the coasts of Africa, and the lack of an African charter on maritime security, the African Union considers this summit to be a matter of urgency.  The Lomé summit, therefore, aims to provide Africa with its own charter so that it is no longer obliged to follow the dictates of the Europeans and Americans who, until now, have determined the security strategies for the seas and oceans of Africa, rather than the Africans themselves: patrolling the African coasts in the Mediterranean through Frontex, deploying the Corymbe naval mission in the Gulf of Guinea and Operation Atalanta in the Gulf of Aden.

However, the draft agenda for this summit, drawn up by the African Union commission and the Togolese government, raises some concern that the case of the numerous African migrants who are dying in the seas and oceans of Africa might be forgotten.   With the emphasis placed strongly on topics such as maritime piracy, fishing, marine environment and African development, it would seem that the announced charter tends primarily to protect the private interests of the ship-owners and the multinational oil companies off the coasts of Africa.  In a year marked by a resurgence of tragedies in the Mediterranean sea, which has become a cemetery for thousands of Africans, and in view of the silence that surrounds their deaths in the Gulf of Guinea, off the coast of Gabon, the Canary Islands, the Reunion and in the Gulf of Aden, the case of these migrants needs to be given greater consideration during this summit.

Considering the marked silence of the majority of African leaders on the tragedies in the Mediterranean, we can only hope to have this issue considered properly if we mobilize the African people and the associations that support migrants.  Action by the civil society in Togo has already led to the subject being broached in official Togolese discourse.   Thus, the Togolese Minister of Foreign Affairs has publicly expressed his desire to see the question of human trafficking and clandestine immigration addressed during this summit.  But to ensure that the rescue and protection of migrants in the seas and oceans of Africa has its rightful place in the future charter of the African Union, a further step needs to be taken by mobilizing a whole continent and international civil societies.

The Togolese civil society invites all the organisations of the African civil society and migrant support organisations from all the other continents to join us in Togo from the 5th to the 7th November 2015 in order to put pressure on the African leaders so that the future African Union charter takes full account of the rescue and protection of migrants on all the seas and oceans of Africa.  The people’s summit will bring together migrants, fishermen, and association and trade union activists and will be marked by active advocacy for greater consideration of migrant protection in the African Union charter for maritime security at the Conference for Heads of State.  A huge march in tribute to all the migrants who have lost their lives at sea will be organised on the 7th November to incite the African heads of state to react more energetically with regard to this subject.

MOBILIZE FOR BETTER PROTECTION OF MIGRANTS IN AFRICA